RamAir, Inc. was founded in 1980 as the exclusive representative and stocking distributor of Farr Company's (now Camfil) product line of air filters and hardware. The territory included the southern half of Illinois and the eastern half of Missouri.

In November 2004, RamAir, Inc. purchased the Camfil distribution business from Jorban-Riscoe in Kansas City, opened an office/warehouse in January 2005, doubled the square footage of warehouse in September 2008, and purchased a 10,000 sq. ft. building in Lenexa, Kansas in 2012. In the Spring of 2016 RamAir expanded into Nebraska with the opening of an office/warehouse projected in 2022. The addition of Nebraska now has RamAir covering the territories of Missouri, Kansas, Nebraska and southern Illinois. 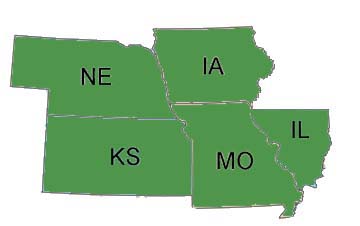 "Our Mission is to recognize that our customers have a preference for quality products, competitive prices, on-time delivery and exceptional customer service. We seek to conduct our business in ways that combine each and every one of these qualities knowing that our customers do not want to make a choice from this list, but instead want to have each of these promises fulfilled every time they call us."

RamAir has provided filter change-out services since 1985 for industrial, healthcare and commercial operations. In January 2009, the Service Technicians for RamAir, Inc. became proud members of Local 562 Pipefitters in the St. Louis market.